“It would take me days to describe the feeling of going up there,
seeing Planet Earth, seeing Syria from above. (…)
When you go up there, you realise there are no borders, no countries, no nationalities.
Just Earth. Mother Earth.”
– M. Fares, the first Syrian astronaut

The planned expedition to Mars is right around the corner, bringing humanity closer to another milestone in history. In the meanwhile, armed conflict in Syria enters its sixth year, consuming not only hundreds of victims every day, but also successively destroying the cultural heritage of the country.

Why do we dream about conquering a new planet and creating a new, Martian culture, and at the same time, while we are still on Earth, we allow the destruction of the Syrian one – one that has lasted for thousands of years? Might the time of unrestrained development that we live in be just another step towards the ultimate entropy?

The project is a reflection on progress, decay and everything that is in between. SYRIA 2087 is a collection of objects – or rather stories translated into the language of objects – created in an attemptto preserve elements of Syrian culture in a new form. In SYRIA 2087 the tradition and culture of Syria meets stories drawn from Mars, highlighting the analogies between them and looking for common reference points. The selection of materials used in the collection is a tribute to traditional Syrian craftsmanship.

SYRIA 2087 was awarded the 1st place at the International Diploma Selection at Designblok Festival Prague in 2017. Since then, it was exhibited at Coming Out in Warsaw, Designblok in Prague, Centre Pompidou in Paris and at Moussem Cities Festival in Brussels. It was also featured in MetrOdSztuki – an exhibition taking place in Warsaw’s underground line, presenting a selection of 40 best graduation works of the Academy of Fine Arts from the last 10 years. In 2020, it was featured as a framework for Banout’s solo exhibition ‘SYRIA 2087: Fossils of the Future’ in Museum für Kunst und Gewerbe Hamburg. 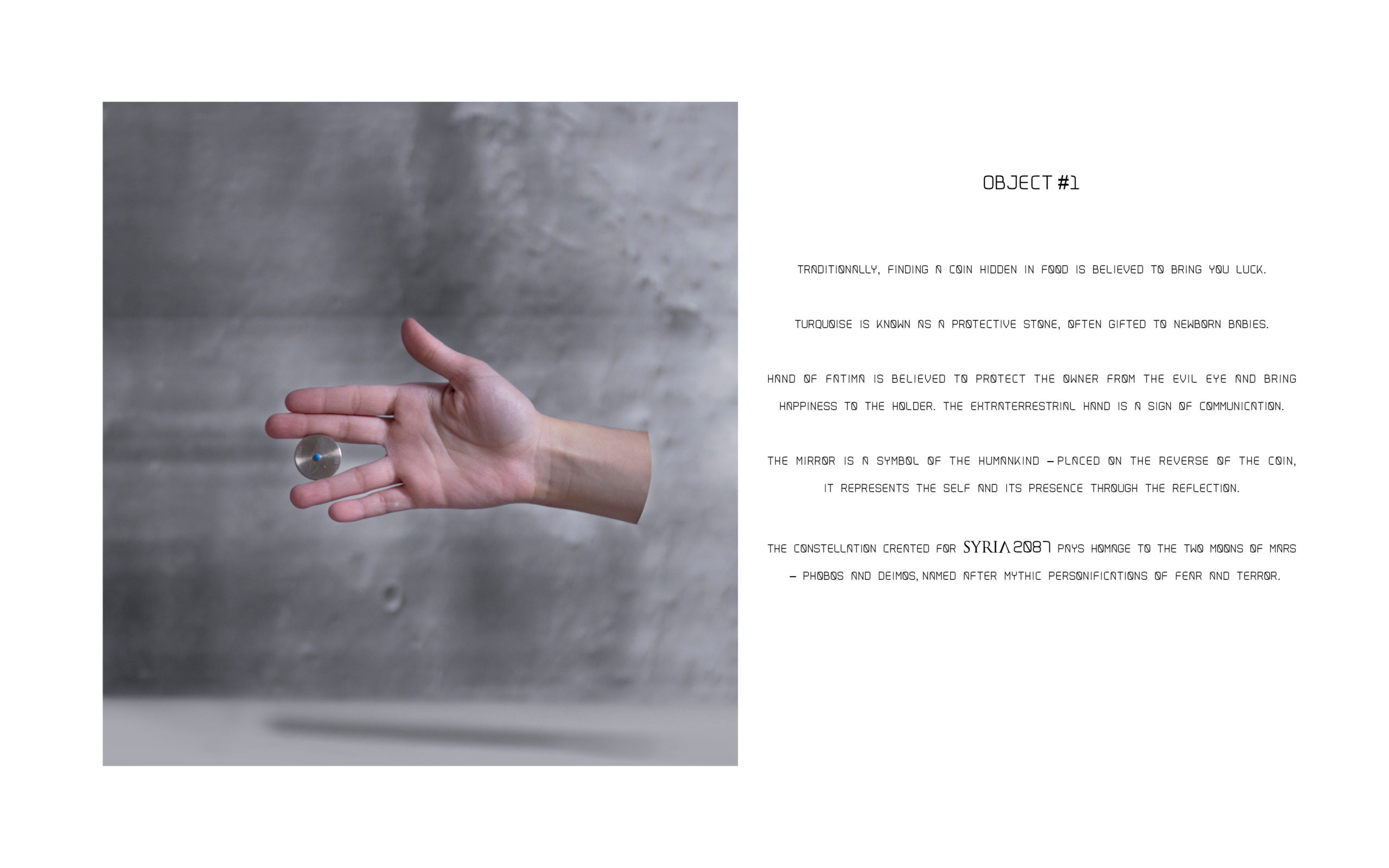 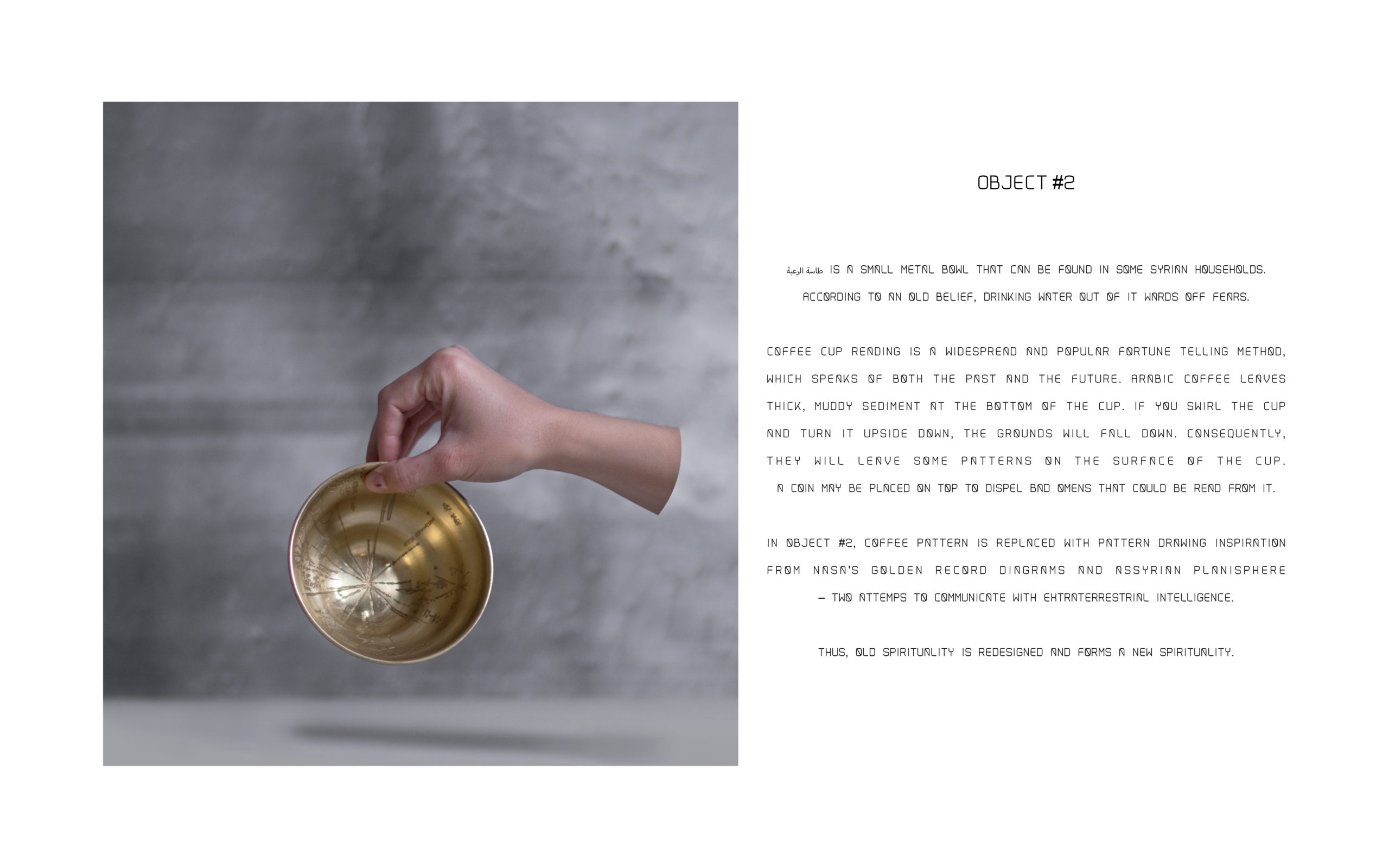 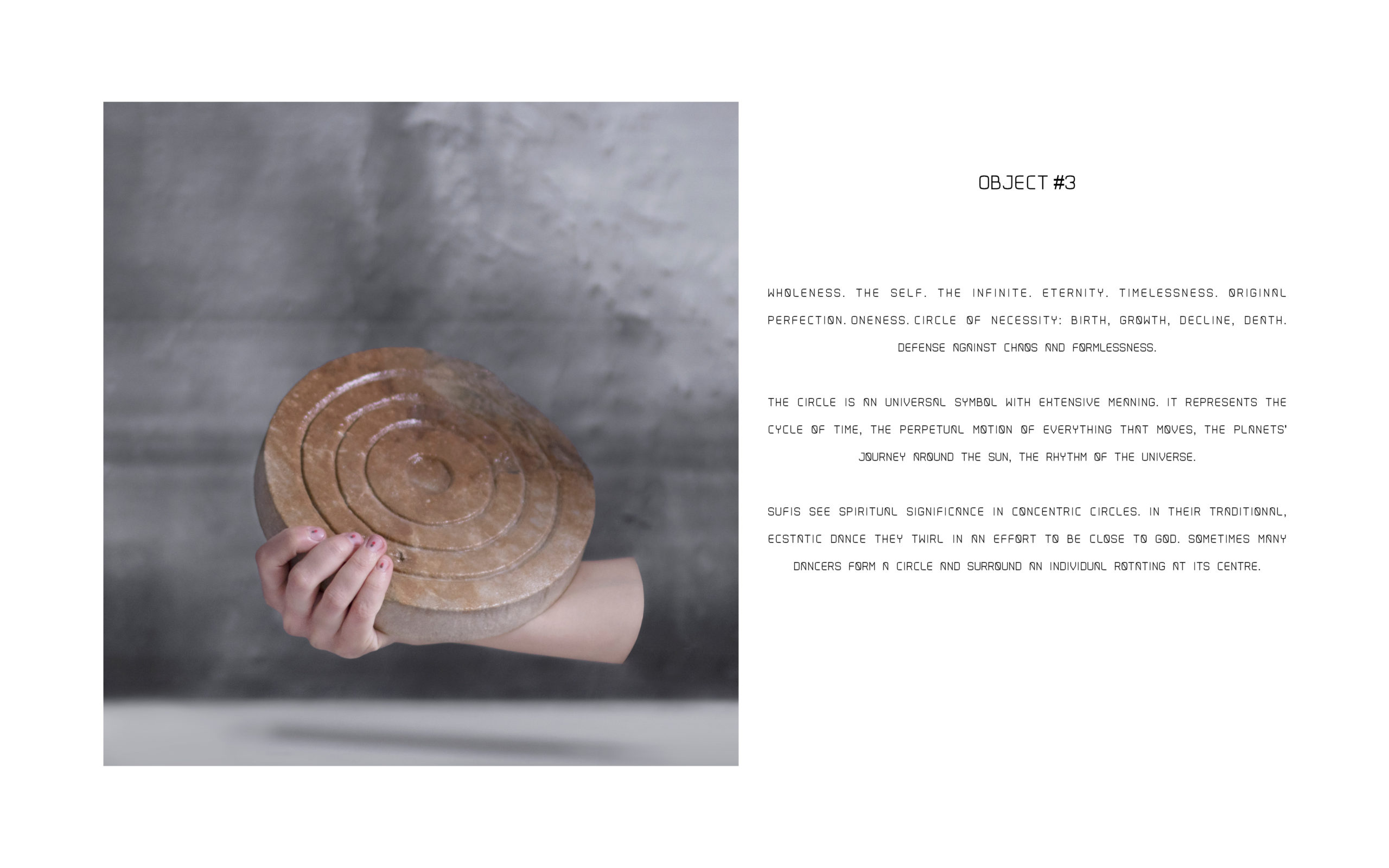 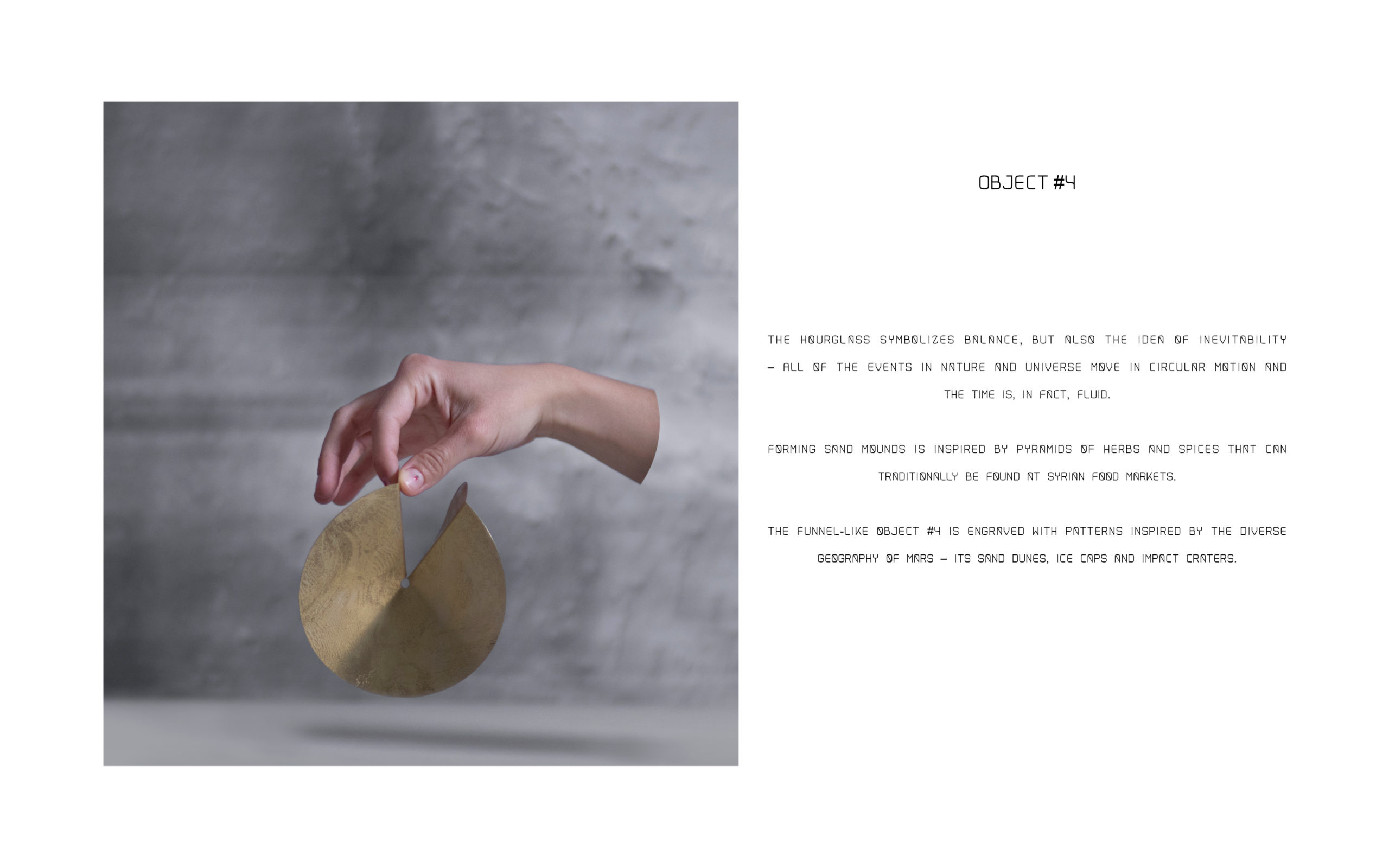 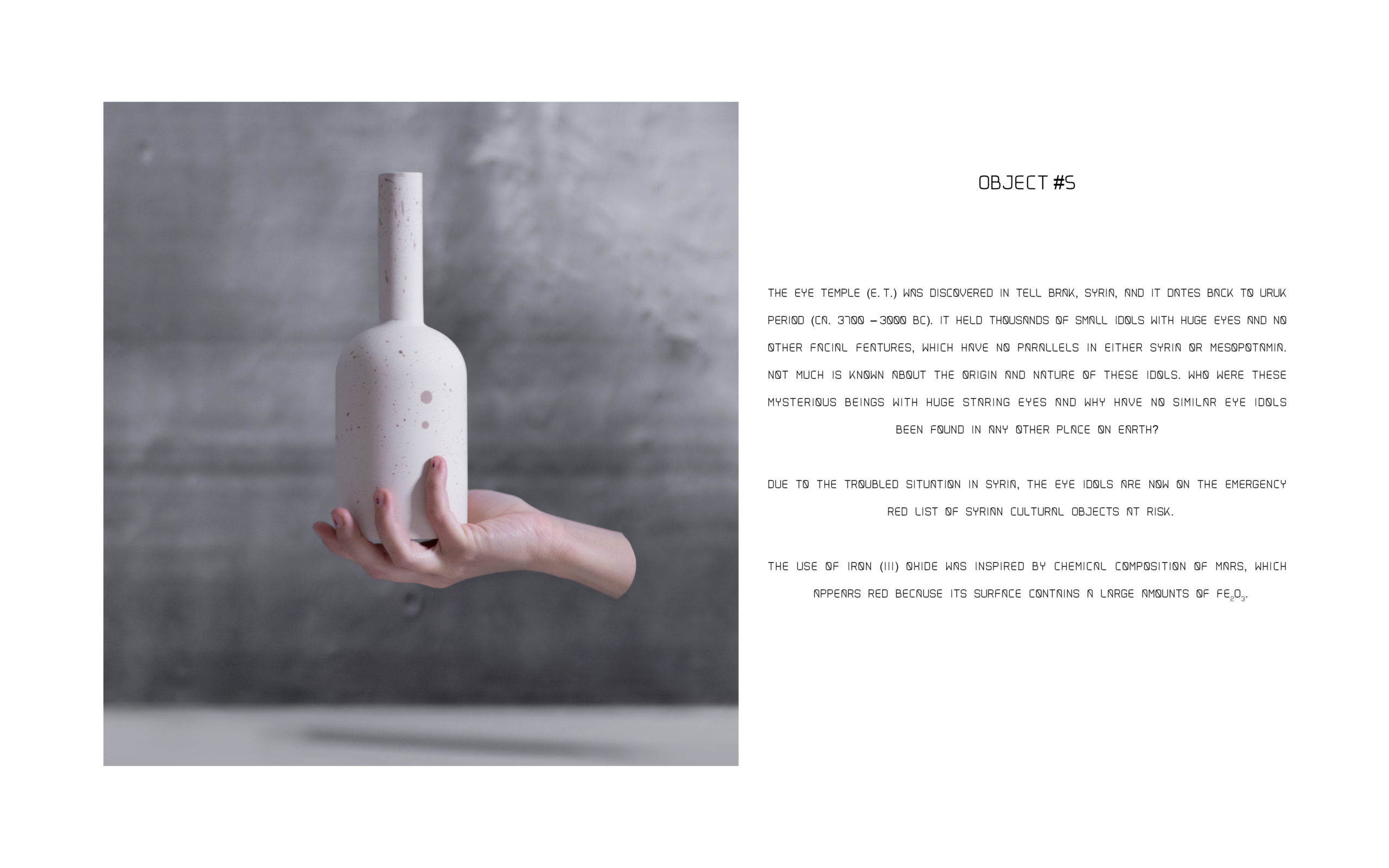 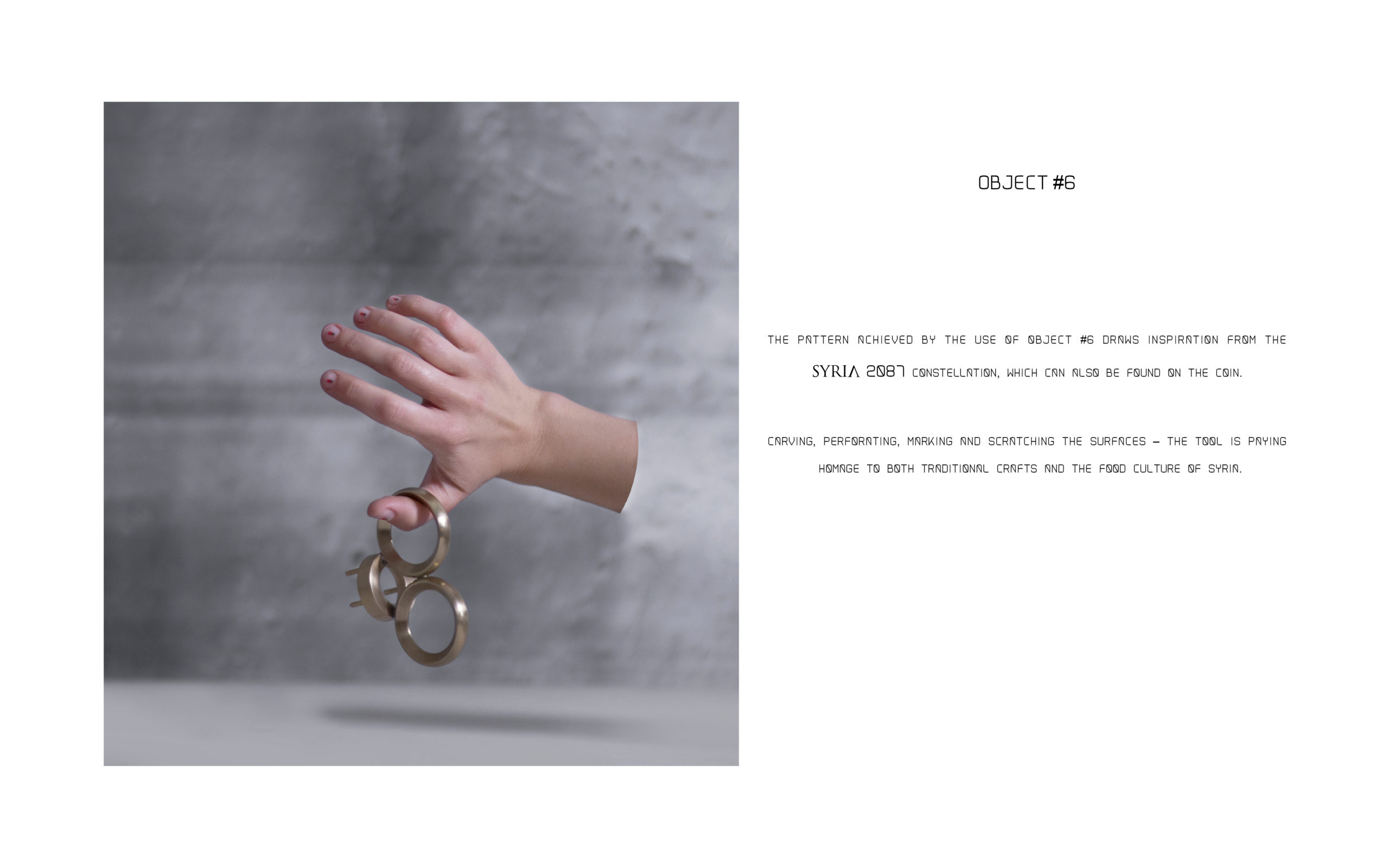 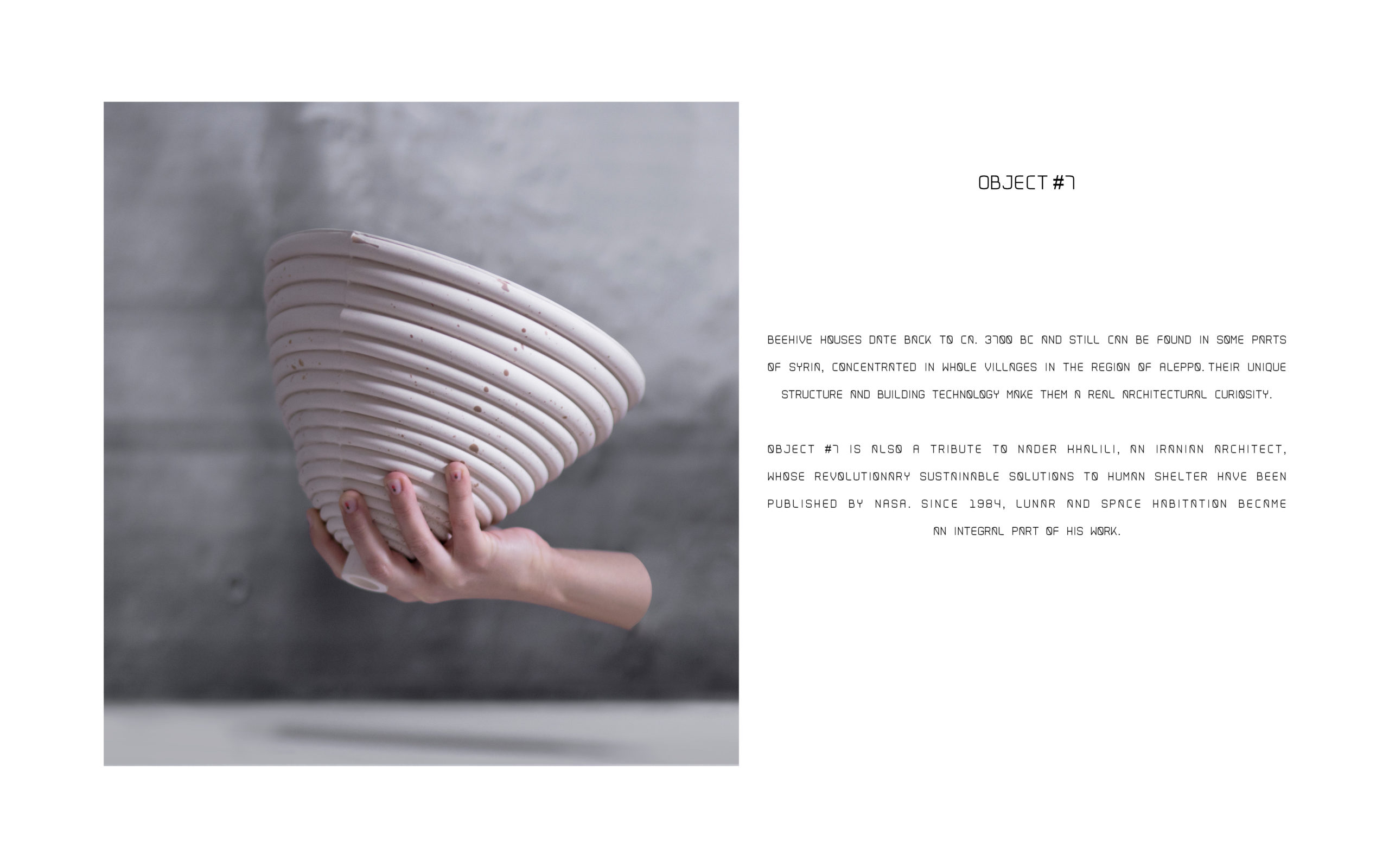 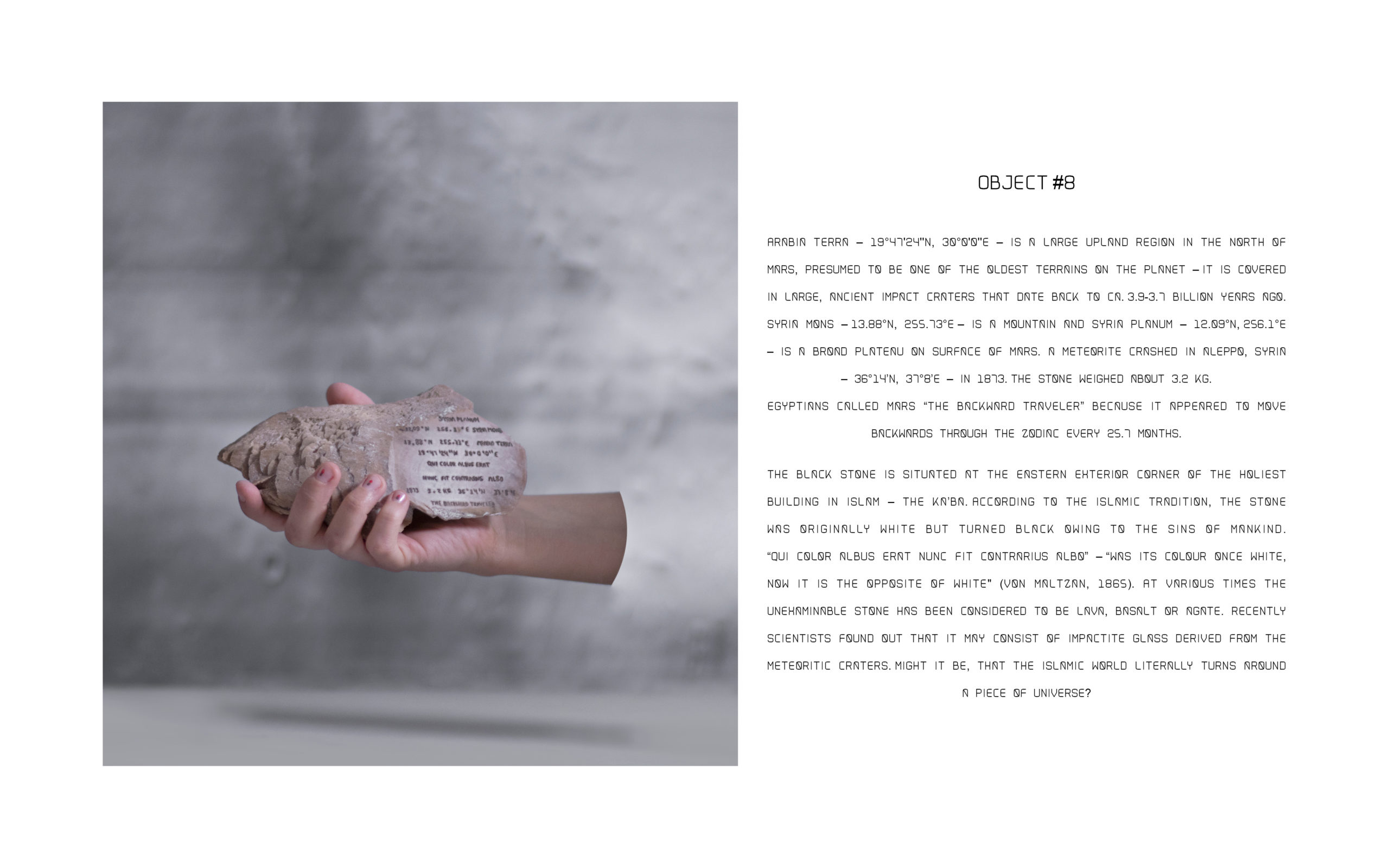 “It all had a beginning in the original cosmic explosion, whatever that was, and it’ll all have an end when all the stars run down. Entropy has to increase to maximum, that’s all.”

“Maybe we can build things up again someday,” he said.