“Life for Syria’s refugee women did not stop when they crossed the border;
rather, it was the beginning of a new, deeply traumatic experience – filled with misery, anxiety, isolation and hardship.
If it makes you uncomfortable to read it, it should.”
– António Guterres UN High Commissioner for Refugees

The aim of the project is to empower Syrian refugee women culturally, emotionally and also economically by designing a process allowing them to manufacture simple crafted objects that could be sold outside the camp. QANANI project offers these women a way to generate a minimal income, reducing their dependence on humanitarian aid and therefore raising their self-esteem and providing them with emotional support needed in this difficult situation they have found themselves in.

Projects targeted at refugee communities often tend to be based on imported materials, which increases expenses of transport. Due to the limited resources and harsh camp reality, simplicity of the technology is crucial. QANANI project technology uses PET bottles remaining in the camp. By using simple tools and adding wooden elements, the design allows artisans to creatively upcycle plastic waste into objects that do not resemble PET bottles anymore.

Providing Syrian refugee women with a technique that could be used not only now, but also in the following years, when they will eventually return to their country to start a new life, is a step towards their brighter future. It is also about challenging their creativity in terms of designing their own pieces by using the technique given, experimenting with the craft, colours, patterns while developing their skills  as well as enhancing self-esteem.

The outcome is a set of aesthetically appealing objects of everyday use, combining the traditional craft of weaving, which is still present in Syrian culture, with plastic waste simple upcycling technology.

The choice of presented colours, patterns and forms arises from the attempt to merge the traditional forms and designs with minimalistic and modern aesthetics. 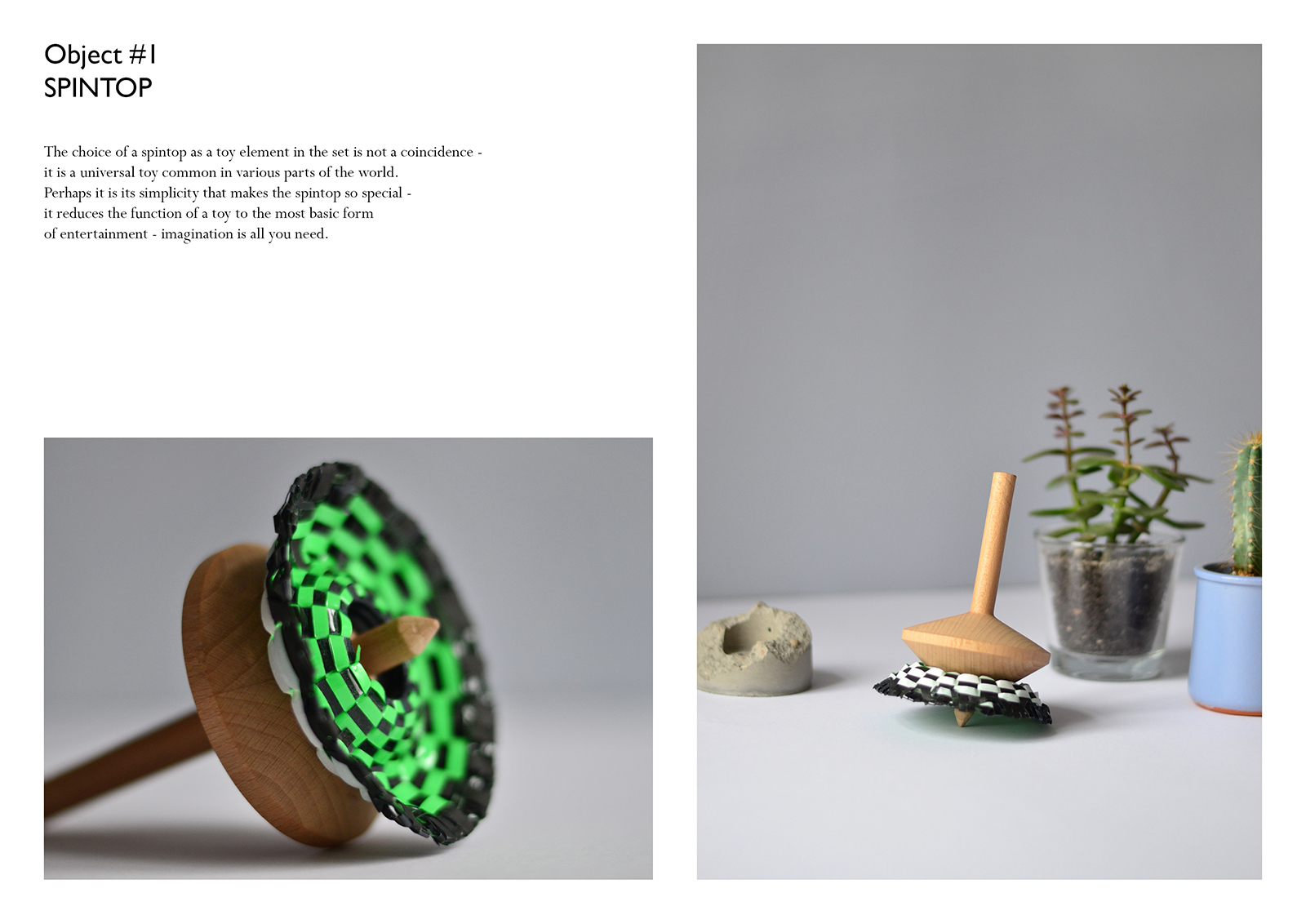 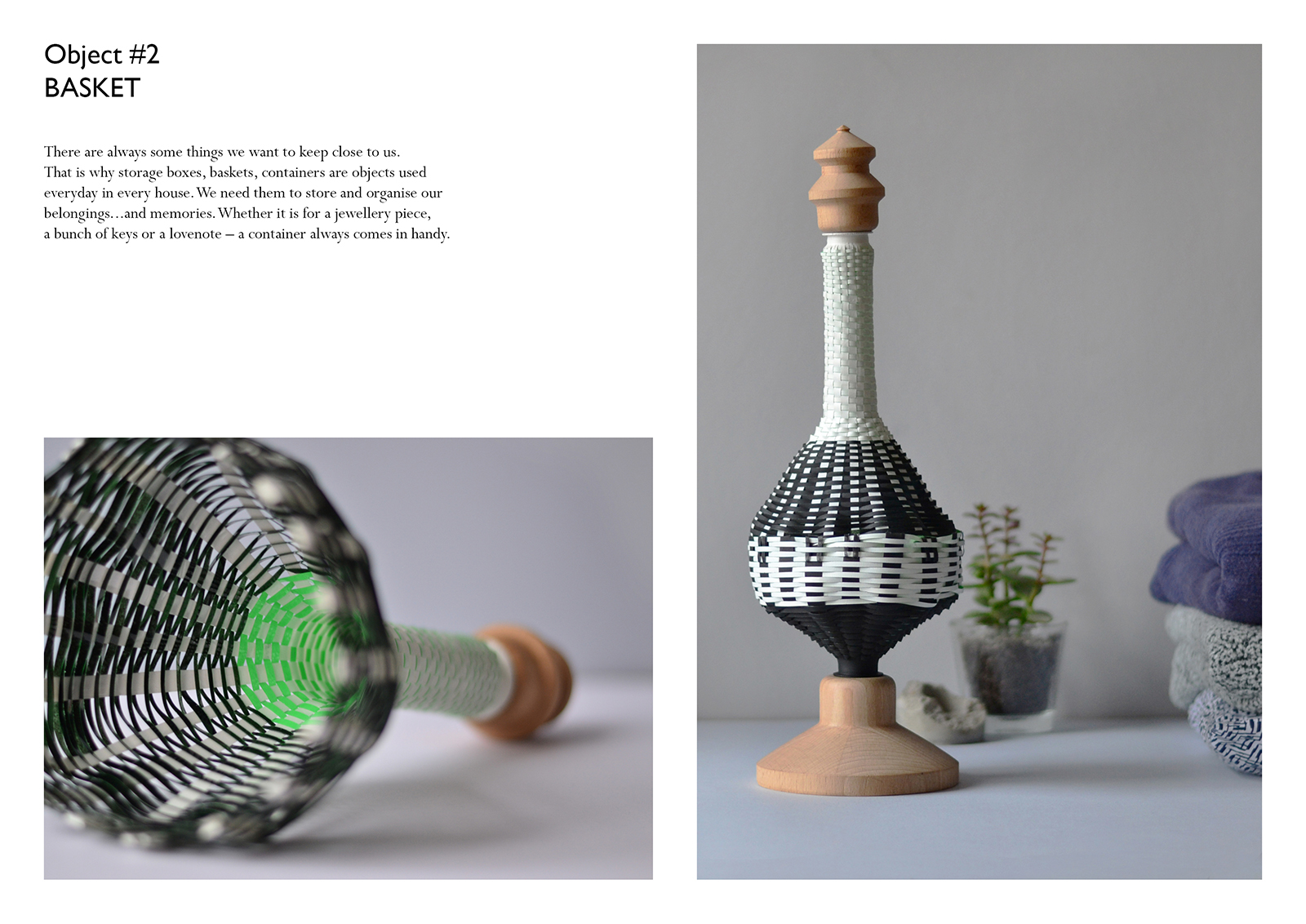 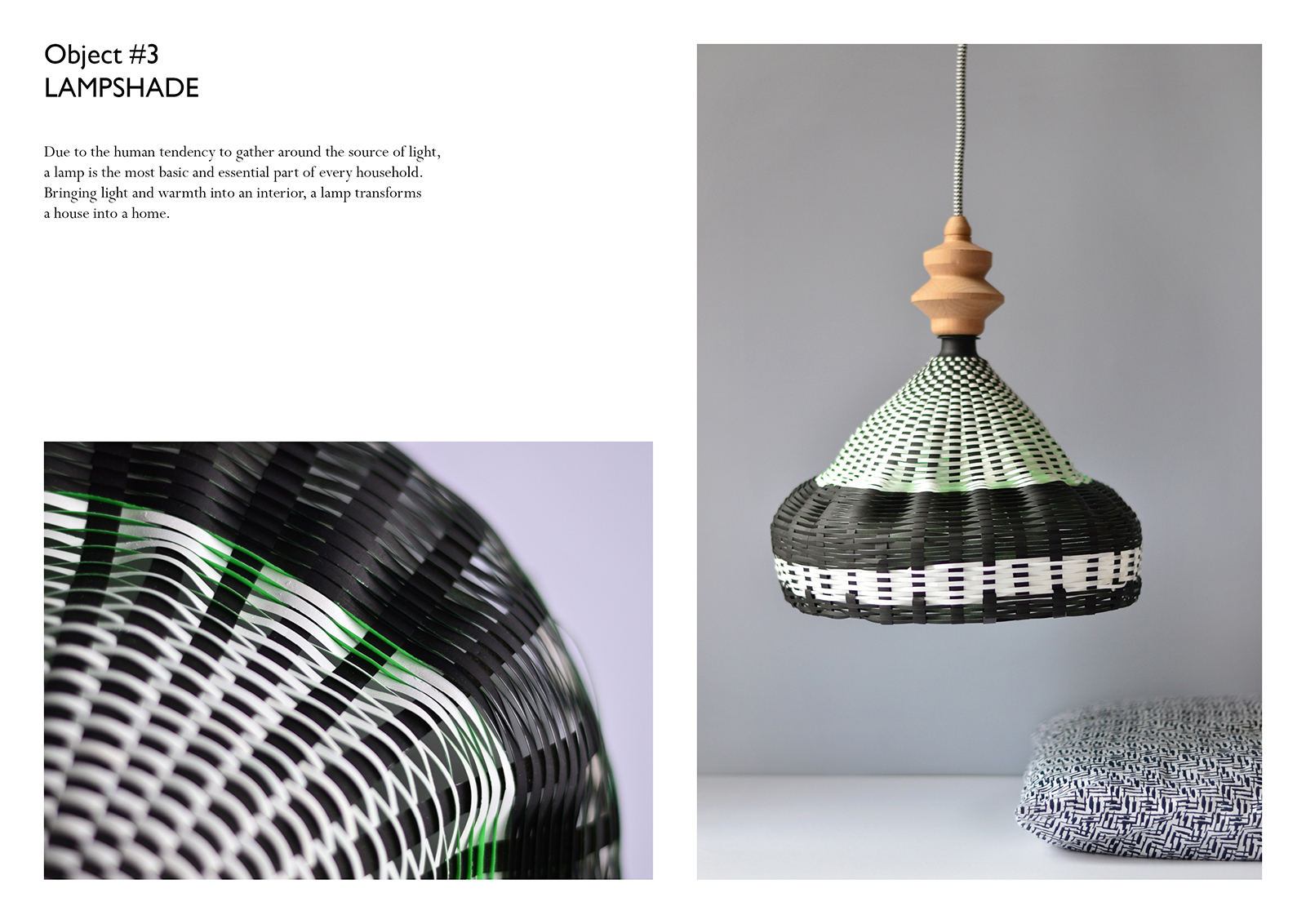